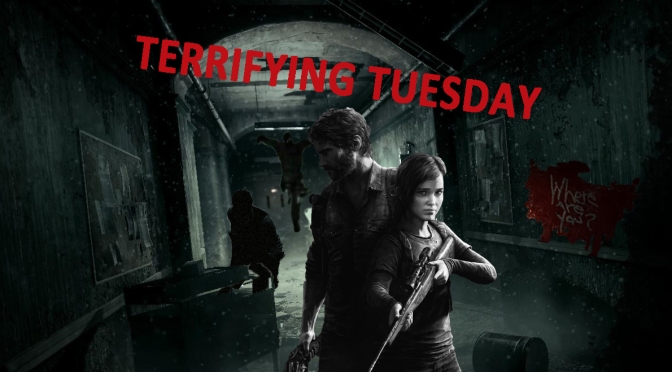 Thank you for joining us for the 2nd episode of our weekly let’s play series Terrifying Tuesday, where we’ll be enduring the creepiest and most horrific games for your viewing pleasure.
END_OF_DOCUMENT_TOKEN_TO_BE_REPLACED

Well it finally dropped. That’s right Evolve is available to the masses. Now that we’ve had some time with it here is my opinion on the game.
END_OF_DOCUMENT_TOKEN_TO_BE_REPLACED

The Battlefield franchise has been one of the most successful FPS game franchises thus far. They’ve captured their share of the market and have gained a faithful following over the years.

Despite the legions of fans that Battlefield has garnered, there has been a dark cloud looming over EA ever since the release of Battlefield 4. Battlefield 4 was released in 2013 to critical acclaim, widely applauded by critics for it’s advancements in multiplayer gaming. However the game very quickly became known, by the fans, as being one of the most glitched games upon release. Not only have gamers not forgotten the pain that was experienced in the months surrounding its release, but this is also the driving factor behind any concerns surrounding the release of Hardline.

With that being said, I’ve been looking forward to Hardline ever since it was announced. Not because I’m one of those faithful Battlefield fans, but because I love the idea of grounding the franchise in a more tangible/ relatable setting. I may not be able to identify with the soldier taking fire on the battlefield, but I can certainly relate to the cops & robbers point of view. The Hardline multiplayer beta was released on February 3rd and feels very much like Battlefield 4. That isn’t a bad thing by any means, as mentioned this is the feature that garnered so much of the critical acclaim. If you’re a fan of the Battlefield 4 multiplayer, you’ll love this aspect of Hardline without question.

My Opinions
Personally I would love to see the overall size of the maps increase for all modes, allowing for more variability in driving patterns and distance. I would also like to see more alleyways, building/ rooftop access points, and escape options while on foot in downtown to further enhance the options and decision making.

I believe Hotwire should be less focused on the duration in which the specific vehicles are under your control and more focused on getting those cars to drop points. This would increase the need for teamwork, if you intend on having a vehicle after reaching the drop point. But this would also make for more of an interesting gameplay challenge, instead of feeling like a game of tag.

There should also be more depth to the interior of the bank in Heist. It feels like the bank setting is too superficial, there aren’t enough points within the building to provide enough variability in terms of access and escape. In all honesty, I’ve played this mode the least so I may be off base. But that was my impression from the time spent.

As far as Control, I thought this mode was pretty darn close to perfect. Once the control points had been taken, they were a challenge for any lone gunmen to try an take the back. This mode encouraged teamwork and I loved it, even if I died a lot.

Let me know what you think in the comments below…

Uncharted 4, Quantum Break, The Division & Rainbow Six are all delayed to 2016.

Original
So we’re already into February 2015. Guess we need to post a list of games we’re excited for in 2015.

Welcome to the first edition of our weekly let’s play series Terrifying Tuesday, where we’ll be enduring senseless carnage and mayhem for your viewing pleasure.
END_OF_DOCUMENT_TOKEN_TO_BE_REPLACED

Welcome one and all. We over here at average nobodys are working to streamline our ventures. One step, our first, will be the reorganize our YouTube channel(averagenobodys in case you wanted to check it out).

Okay here how it all breaks down:

Merit Mondays – We will play a game with the intent of unlocking a certain Trophy, Achievement or in game unlockable.

Terrifying Tuesdays – Horror is the theme. Any game that can scare (cheap scares count) will be played.

Wayback Wednesdays – Old games… well at least 5 years old. Some of our favorite and not so favorite classics for this show.

Themeless Thursdays – Anything goes. That’s right our mood will decide the game of the day. Or maybe we’ll hold a vote?

And there you have it. We will be rolling this out over time and look forward to everyone’s comments and suggestions. Now make sure to check out our videos, read a post, leave a comment and follow us everywhere. (YouTube, Twitter and Twitch)

Reap the benefits of your membership… These titles will be available in their respective stores on Tuesday, February 3rd.

Transistor (PS4): From the creators of Bastion, comes a new Sci Fi action RPG where you wield fantastic weaponry as you fight your way through a beautiful futuristic city.

Apotheon (PS4): Steeped in Ancient Greek Mythology, this 2D action RPG sends you through the land of the dead and straight into the heart of Mount Olympus where humanity’s last hope seeks to end the wrath of the gods.

Yakuza 4 (PS3): Can you survive in the dangerous world of the Japanese underworld?

Thief (PS3): Step into the shadows of this 1st person adventure, where you assume the role of the master thief Garrett.

Rogue Legacy (PS4, PS3, Vita): Every time you enter the doors to the castle, you’re in for a new challenge as nothing is ever the same. Every time you die in this 2D action platformer, you’re dead… but there is always going to be an heir ready to assume the challenge ahead.

Kick & Fennick (Vita): In this action platformer you assume the role of Kick and with the aid of his robotic friend Fennick, you embark on an adventure to retrieve an energy core from the core tower.

Sniper Elite: V2 (Xbox 360): In this 3rd person tactical shooter, it’s encouraged that you utilize stealth and take out high value targets from a distance. However the choice is yours, you decide how to best approach each mission.

#IDARB (Xbox One): This is a chaotic, fast paced, 8 player eSport jumping arena ball game of the future… this game was built with the cumulative input of thousands of gamers.