It’s been known for quite some time that Playstation 4 owners would be receiving, limited time, exclusive access to the Justice League 3000 & Classic TV Batman Skins, the Classic TV Batmobile Skin, and the most exciting is the Scarecrow Nightmare Missions.

Today we’re getting our first look at all of this content in action, courtesy of a new trailer released by Playstation.

“You see them, all the monsters you created?

In this exciting new trailer, we see the effects of Scarecrow’s fear toxin on Batman as Gotham burns. Everything he holds dear, under attack and quite literally being pulled asunder… 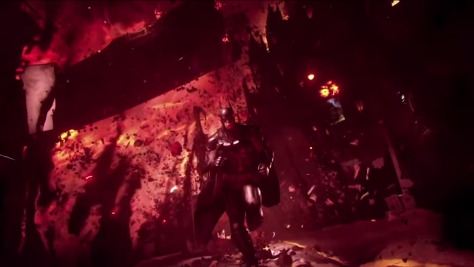 Desperate to put an end to the destruction, before it’s all lost, he races through the inferno ravaged streets of Gotham looking to take the fight to the source of the chaos…

Face the your fears head on, assert your dominance over the effects of the fear toxin, and engage the Scarecrow to put an end to the misery… is it real or is it all a product of the toxin?

Think it’s a coincidence that the smoke and ash created by the destruction comes together to form a question mark? We know that the Scarecrow has united the villains of Gotham under a single purpose, the destruction of the Bat. Perhaps this suggests that at least one of these Nightmare Missions will be in tandem with and/ or the result of the Riddler working with the Scarecrow? 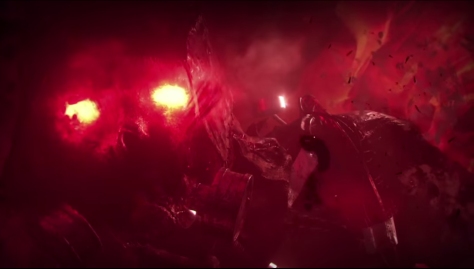 Either way, I’m thrilled that I’ll be playing this on the PS4… I’ll definitely be streaming this content upon release so everyone will have access to it in one form or another.

In my opinion this is also the first glimpse of driving that resembles what could be a racetrack of sorts, of course it wasn’t a race… But the tight turns and jumps are always elements of any non-traditional racetrack. What do you think?

Which of the PS4 exclusive items are you most excited for?

Let us know in the comments below…