If you like over the top action, chaos, explosions, weirdness and don’t take it all too serious, then you know exactly what Gunslugs is all about: A combination of fast run and gun gameplay mixed with elements of all our favorite movies and other pop-art from the 90s and 80s.

END_OF_DOCUMENT_TOKEN_TO_BE_REPLACED

Journey into the subconscious mind of Howard Phillips, a young man drifting through life after the loss of a beloved family member. Explore mind-bending worlds both fantastic and frightening, beyond the limitations of reality, and help Howard to find his path in life.

END_OF_DOCUMENT_TOKEN_TO_BE_REPLACED

Get ready, Xbox One and mobile gamers, indie publisher Abstraction Games and developer Night Light Interactive have announced their haunting, original adventure/horror game, Whispering Willows, will be coming to Xbox One, Google Play and the App Store on August 12! The Wii U version will be following shortly thereafter.

Originating as one of the best-reviewed games on the crowd-funded Ouya platform, Whispering Willows features a compelling and rich narrative filled with gorgeous hand-painted 2D visuals.

END_OF_DOCUMENT_TOKEN_TO_BE_REPLACED 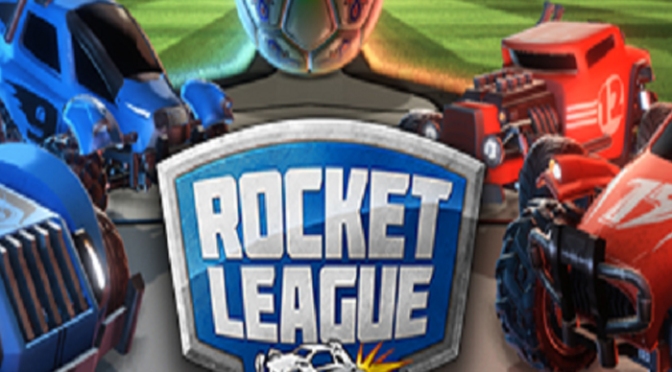 In addition to the paid “Supersonic Fury” DLC Pack, Psyonix will also release a free game update that includes the highly-anticipated Spectator Mode, enabling players to join live games and watch other people play in real time. The new “Utopia Coliseum” gameplay arena, more than 70 new Country Flags, numerous other customization items, and the new single, “Firework” from critically-acclaimed electronica group, Hollywood Principle, will also make it to the update.

END_OF_DOCUMENT_TOKEN_TO_BE_REPLACED

‘Defend the Highlands’ combines the genres of Tower Defence, Real Time Strategy and Scotland. Build defences, recruit from the best highland clans, manage their porridge stockpile and fight off the invading English. If Mel Gibson had used these tactics in Braveheart, the history of Scotland would have been VERY different!

END_OF_DOCUMENT_TOKEN_TO_BE_REPLACED 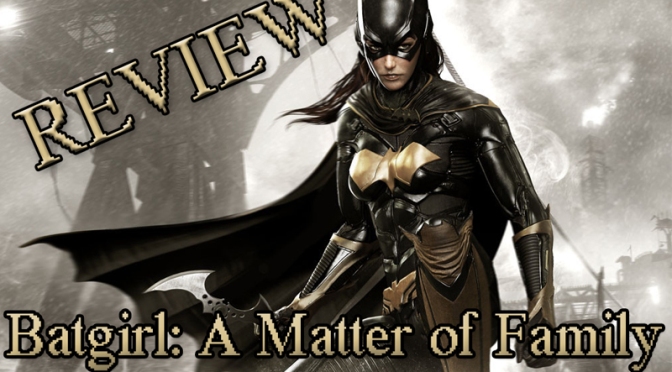 When the Batman: Arkham Knight season pass was announced, it was immediately met with criticism from the community due to the high price tag and the significant lack of content disclosure. However Rocksteady and WB Games quickly recovered and decided to share an overview of what season pass holders would be able to expect, included in that was the reveal of Batgirl: A Matter of Family.

In the Arkham franchise, aside from Origins, We’ve never had an opportunity to see Barbara as she was before the events that unfolded in Alan Moore’s The Killing Joke, when she was paralyzed from the waist down by the Joker. Somewhere in between the Arkham Origins and Arkham Asylum continuity there existed a time when Barbara Gordon was Batgirl. This is why I was excited, the idea that we’d finally get an opportunity to see Barbara’s strength and determination portrayed in a different light within the Arkhamverse.

However this is the 3rd piece of DLC we’ve seen for Batman: Arkham Knight that has been developed by the WB Games Montreal team, this is also the last piece of DLC that they’ll be developing for this game. Have they saved the best for last or will Batgirl: A Matter of Family fall in line with the rest of the DLC they’ve produced thus far?

If you haven’t yet had an opportunity to check it out, here it is in action.

END_OF_DOCUMENT_TOKEN_TO_BE_REPLACED

Today, games industry veteran, Team17 announced two new and exciting additions to its hugely successful Worms series which will be unveiled at this year’s Gamescom in Cologne, Germany.

Mickey Torode, Team17’s Marketing Director said, “2015 is a special year for us as it marks both Worms 20th birthday and Team17’s 25th anniversary. Moving into 2016, dubbed “The year of the Worm”, will mark the start of the celebrations of 21 Years of Worms”

If you ask me, the Worms franchise has been one of the best ways my cousins and I have bonded and stopped talking to each other. Every year we get together around the holidays, inevitably play Worms, talk trash, and remind each other why we only see each other once a year… Every game in this franchises long history has been a go to for party games and there’s a reason for it, they’re a lot of fun!

END_OF_DOCUMENT_TOKEN_TO_BE_REPLACED

Ubisoft announced the development of ZOMBI, an upgrade of the acclaimed survival-horror game, coming as a digital download for the PlayStation 4, Xbox One, and Windows PC on August 18, 2015.

After being one of the Wii U flagship titles in 2012, ZOMBI returns to challenge gamers on multiple new platforms to find out how long they can survive in dilapidated, infected London. For the second time in history, a great plague has shrouded the city in a fog of death. Thousands have died, or worse, been infected by a sickness more gruesome than death. Once again, this fear-fueled first-person shooter invites all players to dive into the horror, chaos and tension found in the best of the genre. The nail-biting survival experience has been optimized for the latest generation of hardware to bring gamers to a new level of horror.

END_OF_DOCUMENT_TOKEN_TO_BE_REPLACED

Bounty Train features a unique take on the train simulation genre, with the player controlling a steam train in frontier America (1860 to 1870), following trade routes between towns, fending off attackers and managing the train. Players will hire and manage personnel (including drivers, armed guards and other crew), modify their trains with various engines and wagons, and keep those trains humming by purchasing fuel. Bounty Train is a complex, tactically challenging game. The player has to keep many balls in the air—dealing with real time skirmishes with bandits, trading goods for the best prices, resource management, train optimization and keeping the line (and train) in good repair.

END_OF_DOCUMENT_TOKEN_TO_BE_REPLACED 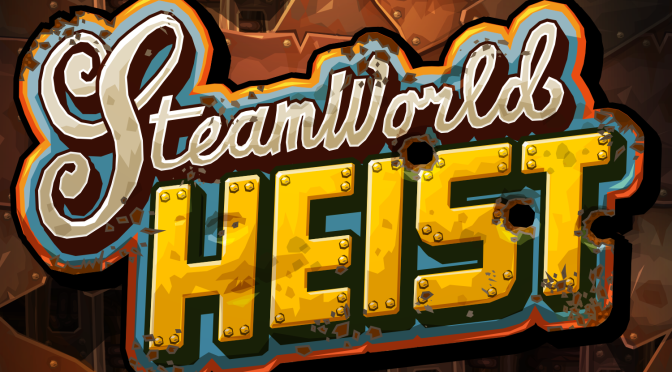 SteamWorld Heist will be playable on 3DS at Gamescom. But the team at Image & Form has given us a glimpse of how it looks. END_OF_DOCUMENT_TOKEN_TO_BE_REPLACED