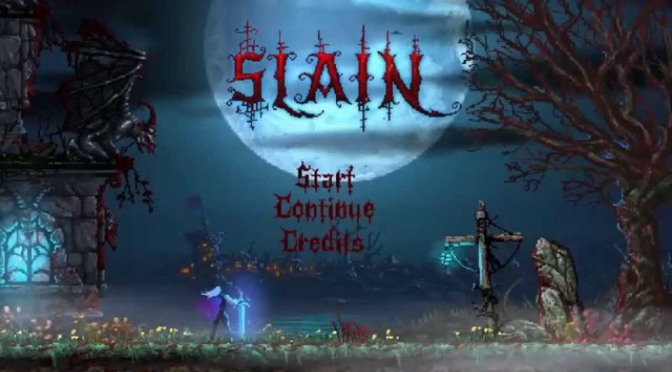 Can you remember when MTV was actually about the music? Before their programming was jam packed with reality TV, they used to have programming blocks of time dedicated to the music and the videos that brought them to life. As much as I enjoyed listening to music as a kid, I never felt the need to watch the mainstream music videos that filled so much of MTV’s programming. Most of the time it would serve as background noise while my friends and I hung out, that was until I discovered Headbangers Ball! This was where my love of metal music began… Much like Headbangers Ball brought heavy metal to a mainstream audience, Slain is going to do the very same thing.

Fans of metal music will instantly recognize the world of Slain as being inspired by every heavy metal fantasy brought to life, as you wage war against the gothic manifestations of evil that occupy the land. And to answer the question you’re all thinking… Yes, the game features the most metal soundtrack you’ve ever heard in a videogame. In case you’re not a fan of the music or the culture that surrounds it, you’ll be lured in by classic gameplay but you’ll stay for the gory adventure that unfolds.

Bathoryn must battle his way through a doomed land packed with gruesome pixel art foes before ascending/ descending each tower, defeating puzzles, traps and monsters alike. At the heart of each tower, he must confront a mighty overlord. 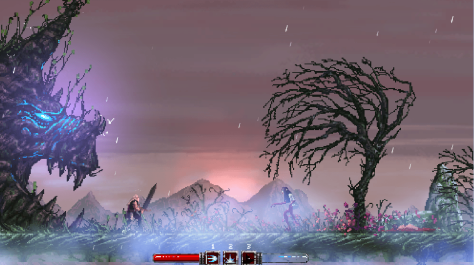 And you will fail…

Slain is affectionately inspired by games such as Ghosts and Goblins, Altered Beast, Shadow Of The Beast and Golden Axe.