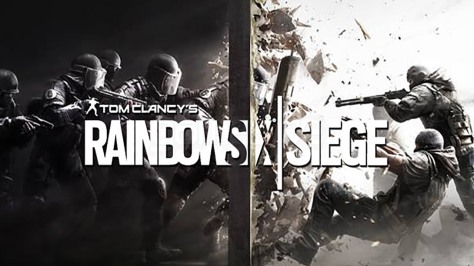 Spectator Cam
With Spectator Cam, Tom Clancy’s Rainbow Six Siege offers the possibility for an 11th player to participate in 5 vs. 5 multiplayer games as an observer and watch the match in real time. In addition to the traditional first-person view, Spectator Cam introduces Tactical View, an interactive viewpoint that allows players to automatically follow individual players over the map and observe all players, teams and objectives. Spectator Cam will offer players a real-time overview of team strategies and player tactics that will make watching multiplayer matches both entertaining and informative.

A beta form of Spectator Cam will be available for LAN and custom online games for Windows PC at launch on October 13 and for Xbox One, and PlayStation 4 in early 2016.

·         Blitz – With his imposing physique, Blitz is an expert on the front lines who uses a ballistic shield that provides mobile cover with a row of eight flashbang grenades that fire to disorient targets when entering or breaching hostile environments.

·         IQ – IQ is a brilliant electrical engineer. She has a wrist-mounted sensor that detects electronic devices by sweeping the electromagnetic spectrum, providing visual and audio feedback.

·         Jäger – A technician with an affinity for complex machinery, Jäger is armed with a mountable ADS-MK IV “Magpie” that can neutralise incoming projectiles.

Live Demo
On Saturday, August 8th, from 4–8 pm CET, four teams composed of some of the best Rainbow Six players from around the world will face off on PCs in 5 vs. 5 matches at the ESL booth, showcasing some of the most exciting competitive features the game has to offer and the first live demo of Spectator Cam. The show will be live streamed at twitch.tv/Ubisoft.

Tom Clancy’s Rainbow Six Siege will be available worldwide on October 13 for Xbox One, PlayStation 4, and Windows PC.