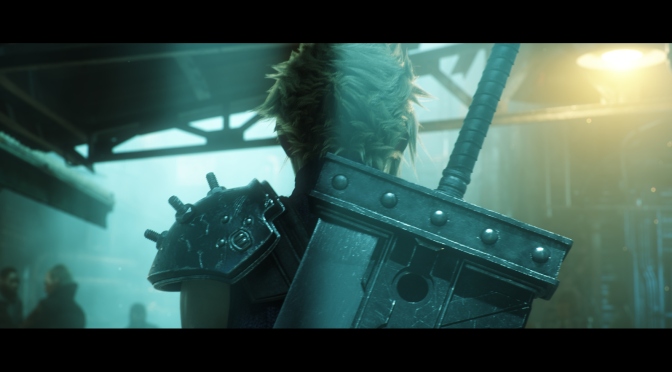 The new trailer features the first CG scenes as well as gameplay footage. FINAL FANTASY VII REMAKE will be told across a multi-part series, with each entry providing its own unique experience.

For the first time on the new generation of consoles, gamers new and old can experience the unforgettable RPG that shaped the future of the genre. In celebration of its release, the title will be available with a 30% discount for the first week and will then be priced at $15.99 starting December 13.

All players who purchase the title will also receive a static custom theme, featuring the cityscape of Midgar from FINAL FANTASY VII REMAKE.

Since the release of FINAL FANTASY in 1987, this unique RPG series continues to showcase the spectacular visuals, highly imaginative worlds and rich stories leading the industry and earning the highest accolades from users around the world. Titles of the series have so far achieved a cumulative shipment of over 110 million units worldwide.

FINAL FANTASY VII, which sold more than 11 million copies worldwide across multiple platforms on the PlayStation computer entertainment system, is universally regarded as a hallmark title of the RPG genre. The critically-acclaimed title raised the bar with its captivating narrative, colorful cast of characters and cinematic movie sequences, leveraging cutting-edge technology of the time.