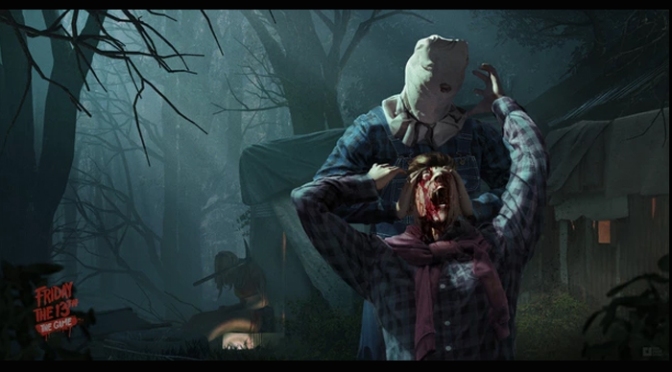 From the moment that Gun Media revealed Friday The 13th: The Game, we’ve all been wondering about the gameplay specifics of their 7v1 asymmetric multiplayer will play out. During the Kickstarter Campaign the team provided us with pre-alpha footage of the game in action, however this merely whet our appetites leaving us wanting more.

Last night Gun Media revealed their first gameplay overview video, hosted by Adam Sessler, providing brand new insight into how the players will spawn into map at the start of a match.

Of course this is only the first gameplay overview video from the team, I’d say it’s safe to say we’ll be seeing many more in the coming weeks and months… In the meantime Gun Media is working hard to bring their Slasher Backer campaign to life, this will allow any of the fans that didn’t get an opportunity to take part in the Kickstarter a chance to contribute towards the remaining Stretch Goals and reap the benefits of showing their support.

We’ll bring you more news as soon as it’s available, however if you simply can’t wait or want to connect with other fans that are foaming at the mouth dying with anticipation then you’ll want to head on over to the Friday The 13th: The Game’s Official Forums. If you haven’t yet checked it out, it’s time you do.