Last week I was thrilled to share the news that Gun Media will be taking us back to Camp Crystal Lake in 2016. For the first time since the 1989 NES classic, horror fiends and gamers alike will be able to immerse themselves in the terrifying world of Friday The 13th: The Game for PS4, Xbox One, & PC. However the team is taking a completely different approach than it’s side-scrolling predecessor, Gun is developing an experience that’ll leave you feeling as if you’re actually a part of the iconic horror franchise with an online 1v7 asymmetrical multiplayer approach.

In order to create the definitive Friday the 13th experience, they knew they’d need to engage the fans to ensure Friday the 13th: The Game lives up to the same standards that they’ve have come to love from the film series. Their Kickstarter campaign will allow them to create a gaming experience that’ll be scary as hell, while bringing the brutal violence and gore that the fans deserve.

Whether you’ve already backed the campaign or you’re still on the fence, I’m thrilled to share with you an exclusive Q&A with Wes Keltner, Co-Creator of Friday the 13th: The Game, where we take a moment to talk about the early stages of development, in game features, and the Kickstarter.

Hopefully we’ll answer a few questions that you’ve been asking, if not you’ll find that the Kickstarter page is still going to be your best resource for in depth information.

END_OF_DOCUMENT_TOKEN_TO_BE_REPLACED 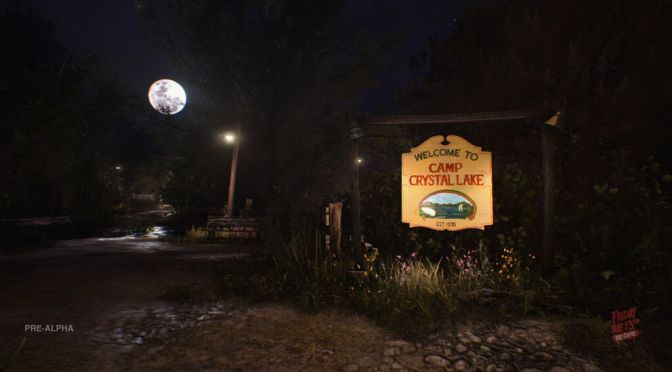 Late last year Gun Media, developers of the successful Breach & Clear series, revealed Slasher Vol. 1: Summer Camp, their homage to the frightening horror film franchise Friday the 13th. It was clear that this was truly a passion project for the team, Summer Camp creator Wes Keltner said “This is my love letter to the Friday the 13th film series.”

The Summer Camp announcement caught the immediate attention of gamers and horror fiends alike, instantly instilling hope that Gun Media would be the ones to finally bring the slasher/ splatter genre to life in an entirely new horror gaming experience. Among the fans that found Summer Camp to be intriguing was Sean S. Cunningham, creator of the Friday the 13th franchise. Because of the potential Sean saw within Summer Camp, he approached the team earlier in the year to begin a conversation that would ultimately lead to the death of Slasher Vol. 1: Summer Camp as we knew it at the time.

Sean instantly recognized the passion Gun had for the project and the Friday the 13th source material, so much in fact that they decided to work together and overhaul Summer Camp to make the game they’d been dreaming of all along. For the first time in more than twenty-five years, Friday the 13th is returning to the video game world. Gun Media and IllFonic, in partnership with Crystal Lake Entertainment, are proud to announce that Friday the 13th: The Game is set to launch next Fall, 2016.