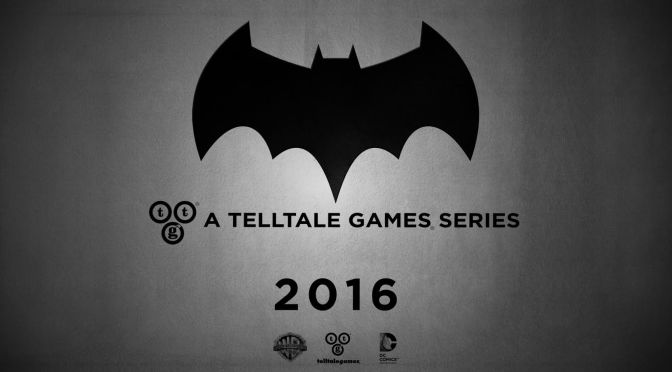 During the 2015 Game Awards, on Thursday night, Telltale Games made an announcement on stage that they’re teaming up with Warner Bros. Interactive and DC Entertainment for a new Interactive episodic game series scheduled to release in 2016. 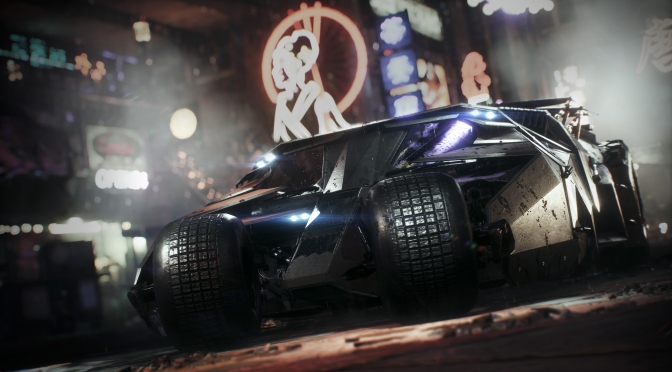 Warner Bros. Interactive Entertainment and DC Entertainment announced that the newest series of add-ons for Batman: Arkham Knight , the 2008 Tumbler Batmobile Pack and Original Arkham Batman Skin, are available beginning today for fans who have purchased the Batman: Arkham Knight Season Pass for the PlayStation 4 computer entertainment system and Xbox One. The 2008 Tumbler Batmobile Pack can also be purchased a la carte beginning today on the PlayStation Network and Xbox LIVE, while the Original Arkham Batman Skin is free-to-download.

The 2008 Tumbler Pack places you in the cockpit of the iconic Batmobile from the 2008 film ‘The Dark Knight’ as you navigate two movie-inspired tracks in the Tumbler. Challenge and compete with your friends for the fastest time or wreak havoc on the destructible streets of Gotham City upon full eradication of all drones. Additionally, today’s free-to-download Original Arkham Batman Skin lets you invoke fear into the eyes of your foes wearing the suit that started it all, the original Arkham Asylum Batman Costume.

END_OF_DOCUMENT_TOKEN_TO_BE_REPLACED

Just the other day we received the complete DLC drop for August, which provided the 1989 Batmobile, 2 Racetracks inspired by Tim Burton’s Batman and Batman Returns, and of course the Bat-Family Skin Pack. If you happened to watch the trailer that was released to mark the occasion, then you may have noticed the brief tease at the end of the video.

That’s right, it appears that we’re going to be receiving the Tumbler Batmobile from Christopher Nolan’s 2008 Dark Knight. Even though the design of the Batmobile from Batman: Arkham Knight and Nolan’s trilogy have their similarities, I’d have to imagine that they’re going to be playing up those differences quite a bit. Based on the fact that we received 2 very distinct racetracks inspired by the Tim Burton films, I think it’s pretty safe to assume we’ll be receiving racetracks inspired by the Gotham City that Christopher Nolan brought to life in the Dark Knight trilogy.

Of course this was all speculation, until today… Warner Bros. Interactive Entertainment and DC Entertainment have provided us with an overview of what we’ll be able to expect to receive in the month of September. Not only have they confirmed that we will be receiving the Tumbler and 2 themed racetracks, but we’ll also be receiving; another Batman Skin, AR Challenges, and an ingame story mission. END_OF_DOCUMENT_TOKEN_TO_BE_REPLACED

Thank you for joining me on another episode of Themeless Thursday, today the criminals of Gotham are going to be seeing red… Of course I’m referring to the Red Hood Story Pack DLC that was an exclusive pre-order bonus for Batman: Arkham Knight at Gamestop.

END_OF_DOCUMENT_TOKEN_TO_BE_REPLACED

For weeks Sefton Hill & Rocksteady having been hinting, teasing, that a new trailer would be coming… On Friday 4/24 we saw the beginning of a 3 day countdown leading to this very moment.

END_OF_DOCUMENT_TOKEN_TO_BE_REPLACED

As we all know Rocksteady Studios has been quite vocal about the fact that Batman: Arkham Knight will be their final installment in the critically acclaimed Arkham franchise.

According to Rocksteady’s Dax Ginn, “Anything we do is a collective decision between Rocksteady, Warner Brothers, and DC Comics. But it was something that we were really pushing for because we had a really clear vision of how this story should end, and the way we wanted it to end.”

The question remains, will the way Rocksteady ends their trilogy leave room for anything else in the franchise?

END_OF_DOCUMENT_TOKEN_TO_BE_REPLACED

We’ve recently learned that Batman: Arkham Knight is going to be released on June 2nd, with an “M for Mature” rating from the ESRB. Even though this is the first game in the Arkham franchise to receive the M rating, there were moments in City & Origins that definitely skirted the fine line between the Teen and Mature ratings.
END_OF_DOCUMENT_TOKEN_TO_BE_REPLACED