Kôna: Day One, the first act of Parabole’s interactive tale set in the 1970s Canadian north, is available now on GOG’s new Games in Development program. Players can discover what lies in store for Carl Faubert, private detective, as he begins to investigate an increasingly unusual case in an eerie, blizzard-stricken town.

Parabole is proud to have Kôna: Day One appear in GOG’s hand-picked selection of promising games still in development and believes feedback obtained from the GOG community will be extremely helpful in making the game as enjoyable as possible. END_OF_DOCUMENT_TOKEN_TO_BE_REPLACED 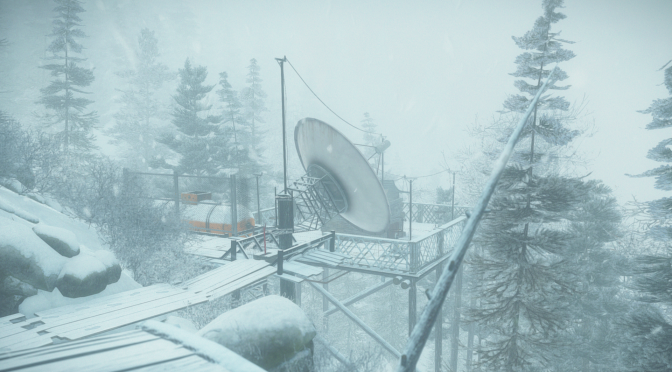 Parabole has opened pre-orders for Kôna: Day One, the first act of its eerie interactive tale set in the 1970s Canadian north.

When private detective Carl Faubert arrives in a small town to investigate strange cases of vandalism, he finds the area is unusually quiet; except for a devastating blizzard. Where is his client? What could possibly have happened?

Players who pre-order Kôna: Day One will receive a 30% discount as well as access to the Beta beginning January 29. END_OF_DOCUMENT_TOKEN_TO_BE_REPLACED

Today Io-Interactive confirmed new details for HITMAN, which launches on March 11th for the PlayStation 4, Xbox One, and Windows PC.

A change to the planned release structure for HITMAN, sees the popular strategy series take the leap becoming a truly episodic AAA game experience. We’ll also see the addition of a major live component where players will perform contract hits on powerful, high-profile targets, in exotic locations around the world. END_OF_DOCUMENT_TOKEN_TO_BE_REPLACED 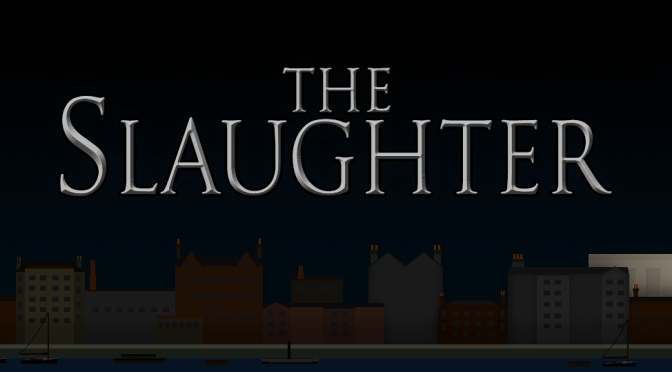 Brainchild today announced the PC release of the first act of Victorian adventure game The Slaughter with be on January 28th. Following a successful Kickstarter, the noir point and click adventure will launch globally on Steam and through direct download.

A serial killer is terrorizing the streets of Victorian London, and private investigator Sydney Emerson has hit a new low between finding lost dogs and receiving alleyway beatings. A turn of events sees Sydney forgoing his selfish nature and thrusting himself into perilous and increasingly surreal situations, treading a fine line between dreams and reality. END_OF_DOCUMENT_TOKEN_TO_BE_REPLACED

Today we can share this  all-new trailer for  ‘A Block and a Hard Place,’ the fourth episode in Minecraft: Story Mode: A Telltale Games Series.

The episode will be available digitally worldwide starting Tuesday, December 22nd on PC and Mac from the Telltale Online Store, Steam, and other digital distribution services, on the PlayStation Network for PS4 & PS3, on the Xbox Games Store for Xbox One & Xbox 360, for compatible iOS devices via the App Store, and for compatible Android-based devices via Google Play and the Amazon Appstore. The episode will also be available the same day for season pass disc owners via online update.

The season premiere is also now available on Windows 10  via the Windows Store for the first time. Additional episodes will be available in the coming weeks.
END_OF_DOCUMENT_TOKEN_TO_BE_REPLACED

GungHo Online Entertainment America, Inc., a multi-platform publisher for the online gaming community, is partnering with Atlus U.S.A., Inc., a publisher of deeply immersive and unique game experiences, in a North American retail distribution deal for the acclaimed episodic stealth action game République for the PlayStation 4. Atlus U.S.A.’s expertise will bring a wide physical release of the game to a variety of retailers.

Previously available on PC and mobile, PS4 players will be able to experience the entire season—including the fifth and final episode, Terminus—in one complete package when it releases early 2016 on the PlayStation Store and in participating retail stores in North America for a MSRP of $24.99/CA$34.99.

END_OF_DOCUMENT_TOKEN_TO_BE_REPLACED

Parabole has revealed a new trailer for Kôna’s first episode, called Kôna: Day One, due for launch in January 2016 on Windows, Mac, and Linux.

In Kôna: Day One, private detective Carl Faubert arrives in an eerie Northern Canadian town to investigate cases of vandalism reported by W. Hamilton, a rich industrialist known to have disagreements with the local Cree community. But an unexpected blizzard is ravaging the area, and Faubert’s client seems to have missed their rendezvous. Something is definitely off…
END_OF_DOCUMENT_TOKEN_TO_BE_REPLACED

I had the good fortune of getting my hands on an early build of Albino Lullaby about 6 months ago, even then I could tell that this was truly going to be a special game worth experiencing. There’s an underlying intelligence within it’s structure and storytelling that catches you off guard and sets the bar for what comes next.

END_OF_DOCUMENT_TOKEN_TO_BE_REPLACED

Today GungHo Online Entertainment America, Inc., announced that Camouflaj’s acclaimed episodic stealth action game  République is coming to the PlayStation 4. Previously available on PC and mobile, PS4 players can look forward to experiencing the entire season-including the fifth and final episode, Terminus – in one complete package when it releases early 2016 on the PlayStation Store and in participating retail stores in North America and Europe. Release details for other regions will be announced in the near future.
END_OF_DOCUMENT_TOKEN_TO_BE_REPLACED

Blues And Bullets is one of the most awaited games in the world-wide gaming community, this is why A Crowd of Monsters has decided to release the first chapter this month. They want to give the fans that have been waiting so patiently a chance to immerse themselves in the story and see what they’ve been waiting for. Unfortunately this will only be available for the Steam edition of the game, Xbox One owners will need to continue waiting a bit longer.

Blue And Bullets is a story that allows you take the role of the famous Eliot Ness, 20 years after he arrested the notorious criminal Al Capone. The action takes place in the fictional city of Santa Esperanza, where a retired Ness runs a diner where police and other law agents frequent. Aesthetically, Blues And Bullets touts an impressive graphic style based in a classic American comics and noir fiction style. The script has been written by Josué Monchán, the same writer that created the script from Runaway and Yesterday, among other great graphical adventures.
END_OF_DOCUMENT_TOKEN_TO_BE_REPLACED