One of the most unique and evocative platforming titles released in 2015 is making its way to consoles!

Independent game publisher Abstraction Games and developer Jaywalkers Interactive announced today that Kick & Fennick, released in February of 2015 to the PS Vita to rave reviews, is launching later this year on the Xbox One, PlayStation 4, and WiiU.

Kick & Fennick tells the story of a young boy named Kick who finds himself waking up in a bright and colorful, yet dangerous world. Armed with a giant gun that can be used to shoot down enemy robots, while also allowing him to make huge jumps using the weapon’s powerful recoil, Kick searches for a way to the highest tower in the city to find a new energy core for Fennick, his helpful flying robot friend. END_OF_DOCUMENT_TOKEN_TO_BE_REPLACED

Getting into the spirit of Valentine’s Day, Rising Star Games has decided to bestow upon us the sweetest of love poems in honor of Strange Sinclair’s I Want To Be Human. Of course they felt compelled to do more, they considered sending flowers and heart shaped boxes of chocolates…

But they figured that might be in violation of the restraining orders against them, so they decided to go a more conventional route revealing their newest teaser trailer and exciting news about the upcoming release of I Want To Be Human. END_OF_DOCUMENT_TOKEN_TO_BE_REPLACED 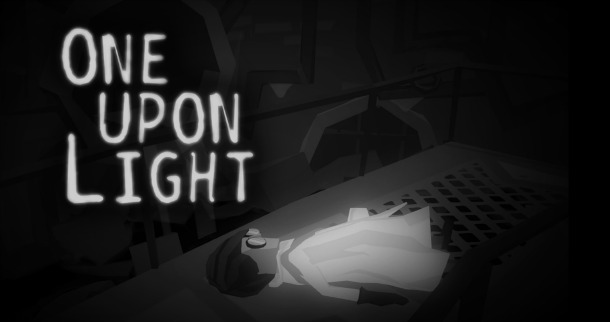 Rising Star Games, a video game publisher renowned for bringing unique and diverse games to players everywhere, announced that One Upon Light will be coming to PC and Mac via Steam and selected digital e-tailers.

Winner of the IGF China “Best Game” Award 2013 and Famitsu’s Tokyo Game Show Indie Award 2014, One Upon Light features some of the most unique puzzle game mechanics encompassing light and shadow. Combined with a charming art style inspired by black and white cartoons, One Upon Light will delight the eye and entertain the brain. END_OF_DOCUMENT_TOKEN_TO_BE_REPLACED

La Cosa’s film-making expertise shines in their latest live-action trailer explaining who, or what, KLAUS is. END_OF_DOCUMENT_TOKEN_TO_BE_REPLACED

The data collected allows Chemist White (the game’s protagonist) to change into a number of characters and eventually become the all-powerful Super Phantom Cat.

The world of Super Phantom Cat is filled with challenges that will make any platforming fan jump for joy. You’ll need quick reflexes as you pull off incredible feats such as bouncing on a monster’s head to land on a difficult-to-reach platform — or rapidly jumping between small platforms to get across a massive chasm. You’ll need to be inch-perfect if you want to make it to the end. END_OF_DOCUMENT_TOKEN_TO_BE_REPLACED 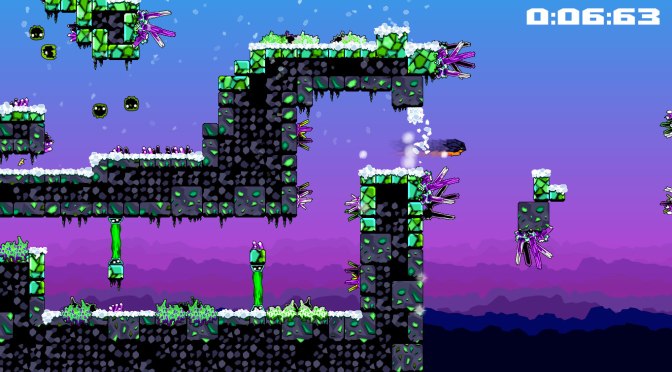 Gamers who have been missing the simple joy of fast and frantic platforming action, get those extra controllers ready!

Green Lava Studios and Reverb Triple XP are happy to announce today that Fenix Furia will be coming out on both the PlayStation 4 and Xbox One. The addictively fun action-platformer, formerly known as Fenix Rage, will include retuned game levels, a new playable character, and exclusive features including the much requested split-screen, Two Player mode, that adds a whole new dimension of competitive intensity. END_OF_DOCUMENT_TOKEN_TO_BE_REPLACED

El Salvador based game developer The Domaginarium is proud to announce their new project, titled “The Nightmare from Outspace” which is currently under development for the PC.

Lost and alone in an abandoned space station, Sanja is determined to learn the truth of what occurred and figure out what happened to the crew. However in doing so, she quickly realizes she isn’t alone. Unspeakable horrors lurk within the darkness, hiding amongst the shadows… waiting for her.

END_OF_DOCUMENT_TOKEN_TO_BE_REPLACED

My love affair with the N Series began in 2008 with the release of N+, which was the second game in the series. However I have to be honest, N+ wasn’t even on my radar as being a game I needed or wanted to play. Based on what I’d seen at the time, it looked to be far too simple and I couldn’t see the value contained within it.

And then I downloaded the demo. By the time I’d beaten all of the levels within it, I knew I needed to buy it. With that being said, could N++ possibly live up the the high expectations that I approached it with?

Just in case you’re unfamiliar with N++, take a moment to familiarize yourself before continuing.

END_OF_DOCUMENT_TOKEN_TO_BE_REPLACED

The very definition of a hardcore platformer, BOB WAS HUNGRY demands the utmost precision from players looking to help bobs in their interplanetary search for food.

In Bob Was Hungry, players take on the role of a particularly hungry bob — and it’s up to them to find the meal that will finally satisfy their bob’s insatiable appetite.

END_OF_DOCUMENT_TOKEN_TO_BE_REPLACED

n++ is the highly anticipated 3rd, and final, installment of the truly amazing N series. In this fast-paced, action-packed puzzle platformer set in the distant 2D future, you play as a ninja — darting through obstacles, narrowly evading a slew of inadvertently homicidal enemy robots, and collecting gold in a minimalist, sci-fi world. You know, traditional ninja stuff.

As you may remember from our original coverage, I’ve been eagerly awaiting the release of n++ as I have a lot of fond memories associated with this series… my love for the franchise began in 2008 and I don’t expect it to die any time soon. Check out our previous coverage for an overview of n++, just in case you’re not quite familiar with it.